Irwin Jacobs Net Worth: Irwin Jacobs is an American businessman and electrical engineer who has a net worth of $1.74 billion. He rose to riches as co-founder and former chairman of Qualcomm. Currently, he chairs the board of trustees of the Salk Institute. Of Jewish descent, Irwin Mark Jacobs was born on October 18, 1933 in New Bedford, Massachusetts.

In 1956, he took his Bachelor's degree in electrical engineering from Cornell University, and then he attended Massachusetts Institute of Technology (MIT). There, he completed his S.M. and Sc.D. degrees in electrical engineering and computer science, in 1957 and 1959, respectively. Few years later, he worked as an Electrical Engineering Assistant and Associate Professor at MIT. It was in 1985 that he co-founded Qualcomm, now a global fabless semiconductor company that deals with design, manufacturing and promotion of digital wireless telecommunications products and services. Being the key person behind the rise of Qualcomm, Irwin Jacobs became a recipient of the National Medal of Technology and Innovation and Cornell University Entrepreneur of the Year Award in 1994. Only one year later, he received another accolade, the IEEE Alexander Graham Bell Medal, which was meant for his outstanding contributions to telecommunications. As for the most recent recognition, it's the Bower Award for Business Leadership in 2001. Speaking of his personal life, Jacobs has been married to Joan Klein since 1954. The pair has four children together and they now reside in La Jolla, California. 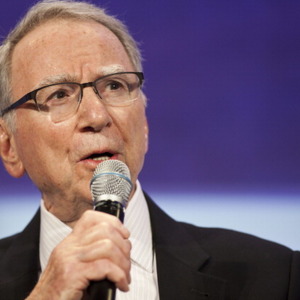