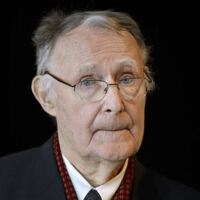 What was Ingvar Kamprad's net worth?

Ingvar Kamprad was a Swedish businessman who had a net worth of $42.5 billion at the time of his death in 2018. Ingvar earned his fortune as the founder of the multinational retail company IKEA. IKEA generates more than $40 billion per year in revenue today.

For much of his life Ingvar controlled IKEA through the a combination of mildly complex foundations and investment trusts. For example, the Interogo Foundation, which controls the IKEA concept and trademarks and collects a royalty on all products sold with the IKEA name. The Dutch organization, Stichting INGKA Foundation, is a charity that owns INGKA Holding, which is the parent company for all IKEA stores. In May 2006, the charitable foundation was reported by The Economist to be the world's wealthiest charity, however the Bill & Melinda Gates Foundation has since become larger.

Today his three sons control the family investment company Ikano which operates as a investment fund and the owner of franchise rights for Ikea in various countries.

In 1970, Kamprad moved his family to Switzerland to avoid extremely high Swedish taxes. His paper net worth eventually ballooned to $40-50 billion. He moved back to Sweden in 2011. Before making the move, he transferred the ownership of IKEA to a series of complicated trusts and foundations to reduce his net worth down to just $113 million in liquid assets. Since he was still technically the beneficiary and owner of those trusts, most outlets agreed that his net worth could still be estimated in at least the range of $40 billion.

In March 2010, Forbes estimated his fortune at $23 billion USD, which made him the eleventh richest person in the world at that point. Just a year later, he fell to 162nd after his lawyers produced documents proving that the foundation he established and heads in Liechtenstein owned IKEA, and that its bylaws bar him and his family from benefiting from its funds. In June 2015, he was listed as the eighth wealthiest person in the world in Bloomberg Billionaires Index. In February 2016, Forbes reported his net worth to be $3.4 billion.

Ingvar Kamprad was born in Sweden on March 30, 1926. Kamprad lived in Switzerland from 1976-2014. Kamprad began his career as a salesman at a very young age. When he was just 5 years old, he bought matches in bulk from Stockholm and sold them at a discount. When he was seven, he began traveling on his bike to sell to neighbors. He found that he could sell them at a low price but still make a good profit due to buying them in bulk so cheaply. From there, it wasn't long before he began selling other items, including fish, Christmas tree decorations, seeds, ballpoint pens, and pencils.

He launched IKEA in 1943 with a small loan from his dad when he was 17 years old. He started with selling replicas of his uncle Ernst's kitchen table. In 1948, he diversified his portfolio to add other pieces of furniture. His business was mostly mail order at this point. The acronym IKEA is made up of the initials of his name (Ingvar Kamprad) plus those of Elmtaryd, the family farm where he was born, and the nearby village Agunnaryd where he was raised.

In 1956, a little more than 10 years after being launched, IKEA began "flatpacking" furniture to reduce shipping and storage costs. The idea was to give the customer a show room but then sell unassembled which was cheap but decent quality and could be easily transported home. IKEA became extremely successful over the years. 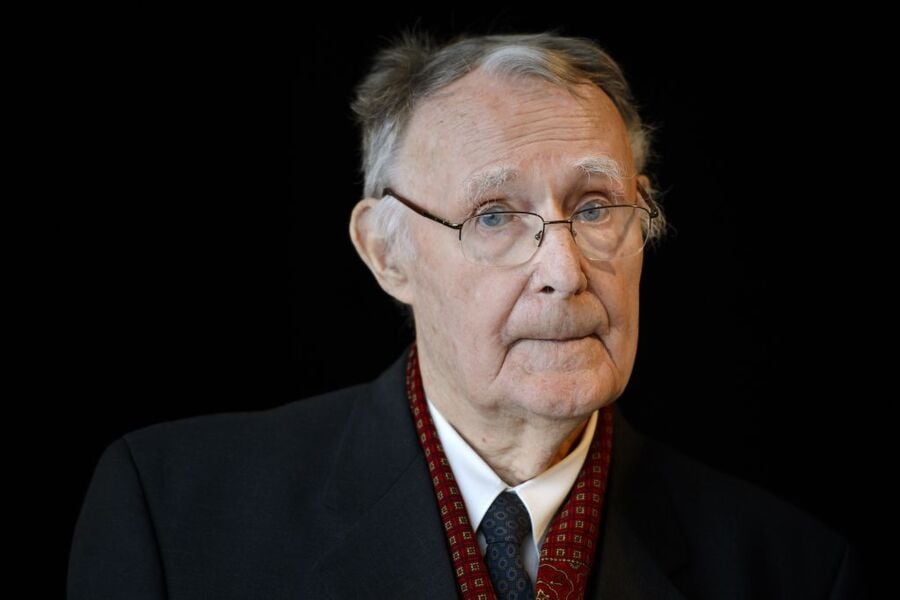 In June 2013, Kamprad resigned from the board of Inter IKEA Holding SA and his youngest son, Mathias Kamprad, replaced Per Ludbigsson as the chairman of the holding company. He was 87 when he stepped down, saying as a parting: "I see this as a good time for me to leave the board of Inter IKEA Group. By that we are also taking another step in the generation shift that has been ongoing for some years."

Mathias and his two older brothers, who also have leadership roles within the IKEA company, work on the corporation's overall vision and long-term strategies.

Kamprad was well-known and admired for his humble and low-key life style, given his insane net worth. He only traveled in coach on commercial airlines, and was reported to recycle items like tea bags, keep salt and pepper and other condiments from restaurants for himself, and re-use wrapping paper at Christmas. He also drove a 1993 Volvo for most of his life and encouraged IKEA employees to always use both sides of a piece of paper. He was also known for visiting IKEA for a "cheap meal." This frugality is reflected in IKEA, known for its cost saving measures and low prices compared to other furniture dealers. Kamprad's personal and corporate philosophy was:  "It is not only for cost reasons that we avoid the luxury hotels. We don't need flashy cars, impressive titles, uniforms or other status symbols. We rely on our strength and our will."

Kamprad and his first wife Kerstin Wadling adopted a daughter named Annika. In the '60s, Kamprad married his second wife, Margaretha Kamprad Stennert. She passed away in 2011. They had three sons: Peter, Jonas, and Mathias.

While working with furniture manufacturers in Poland earlier in his career, Kamprad became an alcoholic. In 2004, he told the New York Times that his drinking was under control and that he kept it so by "drying out" three times a year.

Despite his frugality in many areas of his life, he owned a villa in Switzerland, a large country estate in Sweden, and a vineyard in the south of France. When he wasn't driving his Volvo, he drove a Porsche.