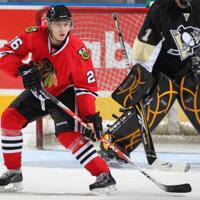 Igor Makarov Net Worth: Igor Makarov is a Russian businessman who has a net worth of $2.1 billion. Mr. Makarov is the founder and owner of ITERA (International Group of Companies), Russia's main exporter of gas from Turkmenistan in the second half of the 1990′s. Born Igor Viktorovich Makarov in Ashgabat, Turkmenistan in 1962, he took his Bachelor's degree from Turkmen State University in 1983, after which he went to serve in the Soviet Army. Next, he spent some time working as a professor at the Kazan State University (1986-1989), after which he switched to the private sector (1989-1992). In 1992, he founded ITERA that mainly deals with natural gas exploration and processing in Russia, the CIS countries and Turkmenistan. Most recently, the group has expanded its operations in other fields of the energy industry including oil extraction, pipeline transportation and coal mining, civil and industrial engineering, as well as finance and insurance. In 2012, ITERA started a joint venture with the oil company Rosneft, which estimated that ITERA's business was net worth of around $3 billion at the time. Having taken advantage of gas-rich Turkmenistan and high-ranking officials at the Russian gas monopoly Gazprom, Mr. Makarov ended up owning big gas fields. But in 2001, when Vladimir Putin changed Gazprom's leading officials Itera almost collapsed. However, Makarov managed to save the company giving some of its assets to Gazprom. Through Itera, he also holds shares in the Dinamo Riga team in the professional hockey league in Russia. An avid cyclist and once a member of the Russian cycling team; Igor Makarov is currently the President of the Russian Cycling Federation.