Husnu Ozyegin net worth: Husnu Ozyegin is a businessman who has a net worth of $3.2 billion dollars which makes him one of the richest people in Turkey. Born in Izmir, Turkey, Husnu Ozyegin graduated from Oregon State University with a degree in Civil Engineering, and then went on to graduate with an MBA from Harvard School of Business.

In the mid-70s, after returning to Turkey, he began working for the Turkish bank conglomerate, Pamukbank. In 1977, he became General Manager of the bank, and served in this capacity for the next seven years. He then became General Manager of the larger bank, Yapı ve Kredi Bankası, before launching his own bank in 1987. His bank, Finansbank, was a success, and expanded to 200 branches in multiple countries during its first few years of operation. He founded FIBA Holding, and began to control multiple finance arms underneath the banner of the company. It currently has 8,500 employees spread out over 20 companies. He has stakes in real estate development, energy, and retail, including the British chain, Marks & Spencer. He founded Ozyegin University in Istanbul in 2007. 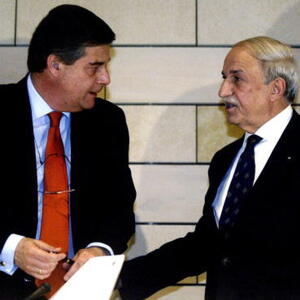