Hubert Burda Net Worth: Hubert Burda in a German publisher who has a net worth of $2.6 billion. Born on February 9, 1940 in Heidelberg, Germany, Hubert Burda earned his fortune as CEO of Hubert Burda Media, which publishes more than 300 magazines worldwide, including Bunte and Focus in Germany. Holding a degree in Art History and Sociology from Ludwig Maximilians University of Munich, he serves as the President of the Verband Deutscher Zeitschriftenverleger (Association of German Magazine Publishers), and he is also a co-founder of the European Publisher Council (EPC). Moreover, Burda is the Chairman of the Council of Ludwig Maximilians University, as well as Consul Member of the World Economic Forum (WEF). In 2012, he rose up his shares in XING AG, Germany's professional social network, to over 59%. When the company's revenues increased to over $3.5 billion, Burda transferred 40% of the company to his children, Elizabeth and Jacob. In addition, Burda's plans are to compete with Amazon, Apple and Google rather than German media groups Axel Springer AG and Gruner+Jahr. Being an active philanthropist, Burda formed the Felix Burda Foundation, dedicated to late son Felix, who died of colon cancer at the age of 33. The foundation's aim is to reduce the number of deaths from colon cancer in Germany. Moreover, he established the Burda Academy of the Third Millennium, an interdisciplinary forum for thinkers and researchers, and Hubert Burda Centre for Innovative Communications at the Ben-Gurion University in Israel. 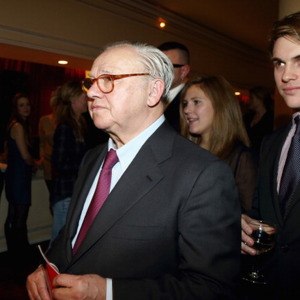