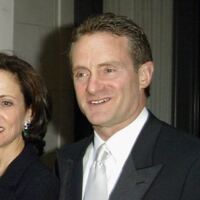 Howard Marks Net Worth: Howard Marks is an American investor who has a net worth of $2.2 billion. Howard earned his fortune as the co-founder of LA-based financial empire Oaktree Capital Management.

He was born Howard Stanley Marks in 1946 in Queens, New York. A Wharton graduate who also holds an MBA of University of Chicago, Marks started his career in 1969 working as an equity research analyst for First National Citibank (which later became Citicorp). Marks was eventually appointed Director of Research, and several years later, he was promoted to Vice President.

In 1985, he joined TCW where he was responsible for investments in high-yield bonds and convertible securities. Marks also served as Chief Investment Officer for domestic fixed income, and TCW's President of the asset management. After a decade of working, in 1995 he left TCW, and together with his co-worker Bruce Karsh, he launched Los Angeles-based Oaktree Capital Management in. The investment company grew fast, specializing on distressed debt, high-yield bonds, and private equity. In 2012, the two partners took Oaktree Capital Management public, selling approximately $90 million-worth stake. Currently, they hold 13% of the investment company, which owns $76 billion assets under management, and money from 75 of the 100 pension plans in U.S. Moreover, Marks is known for his writings to his clients known as "Oaktree memos" in which he writes about his investment strategies in detail and gives insight into his views of the economy.

Real Estate: Howard and his wife Nancy own over $150 million worth of real estate around the country. In 2013 they sold their 9.5-acre Malibu property for $75 million to a Russian billionaire. The deal set a record for Malibu that would stand for years. The home has more than 300 feet of ocean frontage and a 20,000 square-foot mansion. Howard and Nancy paid $31 million for the home in 2002 then built a custom mansion after demolishing the previous property.

In 2012 they bought an apartment overlooking Central Park in NYC for $52.5 million. In 2015 they bought a Beverly Hills mansion for $23 million. A few years later they bought the home next door for $10 million.