Henry Sy net worth: Henry Sy was a Philippine businessman who had a net worth of $19 billion dollars at the time of his death in 2019. During his life, that net worth made him the richest person in the Philippines. Born to a dirt poor family in Xiamen, China, Henry Sy eventually moved to the Philippines, and graduated from Far Eastern University in Manila with a degree in Commercial Studies. He launched his first shoe store in Manila in the late 1950s, along with his own company, called SM Prime Holdings. Less than fifteen years later, his small shoe store had grown into SM Quiapo, the first standalone department store for SM. This department store grew into SM Supermall. SM Prime Holdings eventually became Manila's largest and most successful mall development firm. Henry Sy currently owns 42 malls, and is the country's largest retailer. He also owns 28% of Atlas Consolidated Mining, and is the Chairman of Banco de Oro, and the owner of Chinabank. He also bought up Equitable PCI Bank, and merged it with Banco de Oro in 2007, thereby creating the second largest financial conglomerate in the Philippines. Henry Sy died on January 19, 2019 at the age of 94.

Net Worth details: Henry Sy owned 56 percent of SM Investments which is a conglomerate consisting of property development, banking, and retail. He was also the company's founder and chairman and is credited with all his family's shares. The family owns 20 percent of mall operator and property developer SM Prime Holdings. Sy also owned 21 percent of Belle Corp, 15 percent of China Banking, and 5 percent of BDO Unibank. 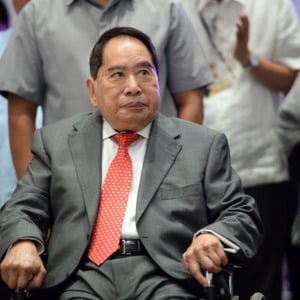