Heloise Waislitz Net Worth: Heloise Waislitz is an Australian businesswoman who has a net worth of $2 billion. Heloise Waislitz was born February 16, 1958 in Melbourne, Australia. Waislitz has been a member of the Collingwood Football Club Board of Directors since 1998 and is currently their vice-president. She has made many significant donations to the club in recent years.

Waislitz has extensive business and capital markets experience and has been a member of several public company boards of directors. She is currently Director of various Pratt Group and Visy Board companies. She is the founder (1991) and executive director (1991–2009) of Thorney Investment Group which invests in public securities, private companies and property. Thorney specializes in emerging companies across a broad range of industries including manufacturing, technology, mining services and resources. She is a member of the International Advisory Board for Master of Business Administration (MBA) at Ben-Gurion University School of Management. Waislitz is also a movie producer and has produced movies such as Hotel de Love & Joey. Waislitz earned a Law and Commerce Degree at Monash University, Melbourne in 1979 and is a graduate of the Owner/President Management Program of the Harvard Business School. Heloise Waislitz is the eldest daughter of late packaging tycoon Richard Pratt. She and her husband, Alex Waistitz, built the private billion-dollar securities and property investment business Thorney Holdings over the past 20 years. Late in 2013 they made a shift into managing public money through a backdoor listing onto the Australian Stock Exchange. A failed listed real estate business, Wentworth Holdings, has been renamed Thorney Opportunities. They also own one-third of the family's Asia-Pacific packaging business, Visy Holdings. 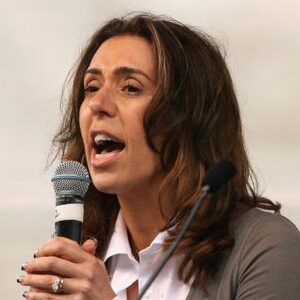