Heinz-Georg Baus Net Worth: Heinz-Georg Baus is a German entrepreneur who has a net worth of $3.4 billion. Born in 1934, he is the founder of Bauhaus AG, a home-improvement company which placed him among the richest people in the world. After finishing high school, Baus worked several years as a carpenter, and then, in 1960, he launched the first store of the home-improvement chain Bauhaus in Mannheim.

Twelve years later, Baus expanded the company in Austria, and in the years that follow, he kept opening new stores in different countries, including Finland, Turkey, Denmark and Hungary. Today, this private family company operates more than 220 stores in 16 different countries, which makes Germany's second biggest home-improvement chain that is worth around $6.3 billion. Bauhaus AG's head office is now placed in Zug, Switzerland, where Baus lives together with his family. 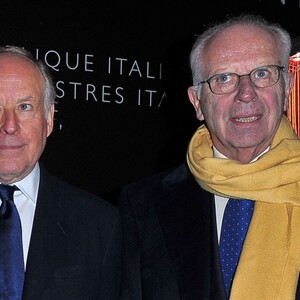