Hary Tanoesoedibjo Net Worth: Hary Tanoesoedibjo is a Chinese Indonesian entrepreneur who has a net worth of $1.9 billion. Born on September 26, 1965 in Surabaya, Indonesia, Tanoesoedibjo made his fortune as the CEO of MNC Group, Indonesia's leading media company. A commerce graduate of Carleton University in Ottawa, Canada, who also holds an MBA from the same university, he started PT. 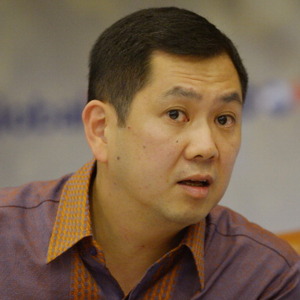