Hans-Peter Wild net worth: Hans-Peter Wild is a German-born, Swiss lawyer and entrepreneur who has a net worth of $3.2 billion. Hans-Peter is the son of Rudolf Wild, the founder of WILD – a producer of natural food and beverage ingredients. WILD was acquired by Archer Daniel Midland in 2014 for $3 billion. The deal, which was all-cash, did not include the Capri Sun brand, which remains owned outright by Hans-Peter. As the primary shareholder, Hans-Peter earned $2 billion from the deal.

Early Life: Hans-Peter Wild was born in Heidelberg, Germany on June 16, 1941. A decade before his birth, Hans-Peter's founded a company which was originally called Zick-Zack Werk. In 1937 the business relocated to Heidelberg and began focusing primarily on manufacturing ingredients for non-alcoholic beverages using natural raw ingredients. At some point the company was renamed "WILD".

Over the next two decades WILD became one of the world's largest manufacturers of natural ingredients. It's products were used by third parties in everything from drinks to ice cream.

In 1967, WILD developed a revolutionary "pouch" production system that allowed their automated manufacturing systems to fill a plastic pouch with liquid. Over the next few years they developed a new drink of their own which they would use to fill the pouches. They named the drink, which had fruity fun flavors, after the Italian island of Capri. The drink?

While all this was going on at the family business, Hans-Peter was earning a law degree, then a business degree, followed by a PhD from the University of Mannheim. After graduating he spent four years working as a managing director for the Diersch & Schroder group. He was responsible for the company's chipping, chemistry and mineral oil activities.

In 1974, Hans-Peter went to work for the family business. His stated goal was to make Capri Sun a global brand.

In took nearly two decades, but by 1991 Capri Sun was indeed the market leader in Europe for non-alcoholic natural beverages.

In 1994, Capri officially became the market leader in the US for the first time. 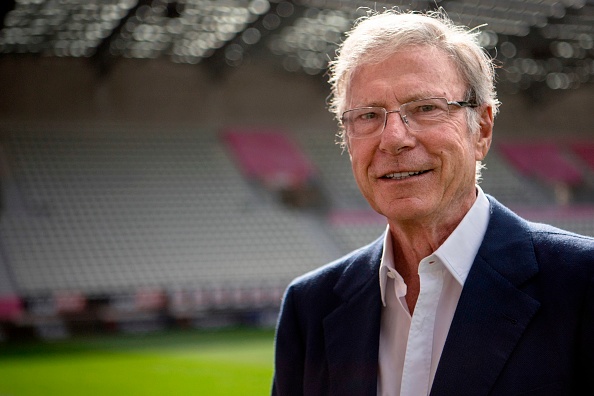 Cashing Out: In July 2014, Hans-Peter sold Wild Flavors GmbH to Archer Daniel Midlands for $3 billion in cash. Hans-Peter's share of the deal was $2 billion.

The only brand that was not included in the sale? Capri Sun.

Hans-Peter continues to privately own Capri Sun through his Swiss-based Capri Sun Group Holding. Though today the brand is distributed in North America as a partnership with Kraft Heinz. In most of Europe, the drink is distributed by Coca-Cola.

Philanthropy: In 1997, Hans-Peter and his mother Leonie Wild established the Leonie Wild Charitable Foundation. The charitable trust is focused on social and cultural programs.

Rugby: Hans-Peter owns the Stade Francais Rugby team. He acquired the team in 2017.

Yacht: Hans-Peter owns a $100 million yacht called SuperYacht Go. The yacht has a swimming pool, gym, steam room, helipad AND a private small hospital on board.

Unfortunately, in February 2021 SuperYacht Go lost control and crashed into a luxury pier on the Caribbean island of St Maarten. Nobody was injured, but the accident caused potentially millions of dollars worth of damage to both the yacht and the pier. 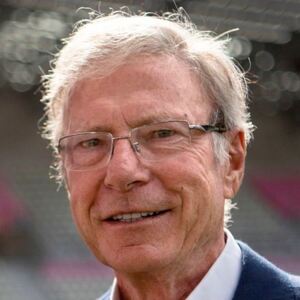