Hans Melchers net worth: Hans Melchers is a Dutch businessman who has a net worth of $1.9 billion. Hans Melchers is the founder and former owner of chemical company Melchemie Holland BV, giving the daily management of this group of hands in the late 80s. Currently, the biggest source of his wealth is his stake in HAL Trust, an international investment company based in the Netherlands Antilles.

Being an avid fan of the card game bridge, he founded his own professional team and provided major funding for the 2011 world bridge championship held in the Netherlands. Furthermore, Melchers has a castle in the eastern Dutch city of Vorden and reportedly bought 1000 works of art in 2012. While in March 2013, he was named as the 4th richest person in Netherlands and the 882nd wealthiest man in the World. Hans is divorced and has two children. His daughter Claudia, was kidnapped for 660 pounds of cocaine, but then she was released unharmed two days later. 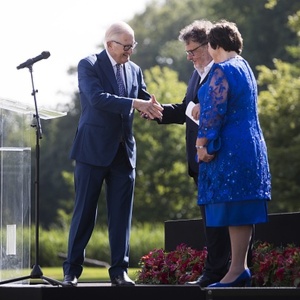