Hans Adam II Net Worth: Hans Adam II is a royal who has a net worth of $3.5 billion. As a Prince of Liechtenstein, Hans Adam II has broad powers just as his family has the unique privilege of having a country named after it. It's not surprising that the almost 900-year-old family has more wealth than any other royal clan in Europe.

It's all thanks to their vast possessions that include a private bank, extensive investments and land holdings. Prince Hans-Adam II, who also bears the titles Duke of Troppau and Jagerndorf, and Count Rietberg, has three siblings and their children hold 100% of LGT Bank, worth almost $2.6 billion. The family fortune is estimated at around $7.6 billion, whereas Hans Adam II's personal fortune now amounts to $3.5 billion. These numbers place him among the world's richest heads of state and make him Europe's wealthiest monarch. The above aside, Hans also owns one of the biggest art collections, much of which is available for the public as it's displayed at the Liechtenstein Museum in Vienna. 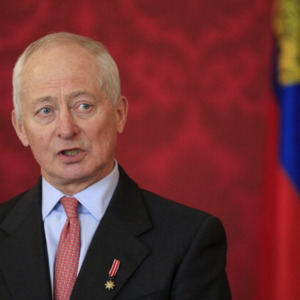