What is Hamdi Ulukaya's Net Worth?

Hamdi Ulukaya is a Turkish businessman and philanthropist who lives in the United States and became successful as the owner and founder of the Chobani yogurt brand. Hamdi Ulukaya has a net worth of $3 billion.

Ulukaya  was born on October 26, 1972 in Ilic, Turkey. His family was Kurdish and operated a sheep, goat, and dairy farm near the Euphrates River where they made cheese and yogurt. Ulukaya has had to approximate his birthday as he was born during one of the family's treks through the mountains that they took in order to tend to their flocks.

Ulukaya studied political science at Ankara University and then moved to the United States in order to study English at Adelphi University in Long Island, New York, though he later transferred to the University of Albany, where he took several business courses. While upstate, he decided to take a job at a farm and his father soon visited him from Turkey and persuaded him to begin importing feta cheese from Turkey. Ulukaya soon began making his own feta cheese after opening a plant called Euphrates, though the business struggled to turn a profit.

After receiving notice that a yogurt factory was for sale only 65 miles from his feta cheese plant, Ulukaya applied for a loan and purchased the plant in order to begin making Turkish-style yogurt. He invited a yogurt master from Turkey named Mustafa Dogan to help him develop the recipe, which took nearly two years. The resulting product was creamier and tangier than typical American yogurt and also had a higher protein content. In order to scale his idea to mass manufacture the yogurt, Ulukaya had to purchase a commercial machine called a milk separator, which typically sold for one million dollars. However, he found a used one for only $50,000 and while on his way to pick it up in Wisconsin, he came up with the name "Chobani" for his yogurt brand. "Chobani" is a variation on the Turkish word for shepherd.

In October of 2007, Ulukaya launched his yogurt brand. He could not afford expensive advertising campaigns and instead had to rely on unique packaging and branding and aggressive sampling strategies. Because he lacked money to pay the stocking fees in grocery stores, which is the typical way companies get their products on shelves, he negotiated ways of compensating stores with additional yogurt supplies. He also started directly communicating with consumers via social media and even created the CHOmobile, a vehicle that handed out yogurt samples at festivals and parades. 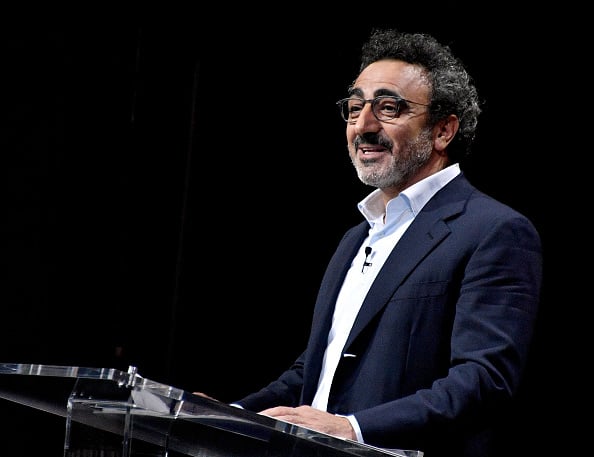 His strategies began to work and in 2009, the chain stores Stop & Shop and ShopRite began carrying Chobani on their shelves. By the middle of that year, the yogurt was selling 200,000 cases per week. At the end of 2009, major warehouse club stores like Costco and BJ's Wholesale Club began carrying Chobani, which lead to the company doubling its sales.

Due to these increased sales, Ulukaya was able to expand to other markets like Australia. He also initiated an $88 million expansion of the company in 2012 and opened the world's largest yogurt factory in Twin Falls, Idaho at the end of that year. The year was pivotal for the company in other ways as well, as it broke $1 billion in sales and became the world's leading yogurt brand. The next few years remained successful and Ulukaya announced Chobani's biggest expansion yet in 2019 when he revealed that production was to begin on various oat-based products and natural dairy creamers.

Outside of Chobani, Ulukaya also is a majority investor in La Colombe Coffee Roasters as of 2015. He has also done a significant amount of philanthropic work. He donated $2 million to the United Nations High Commissioner for Refugees in 2014 and has made donations to a number of other Muslim charities around the world that provide support for refugees from places like Syria and Iraq. He also launched the Hamdi Ulukaya Initiative in 2017, which aims to train Turkish entrepreneurs as they attempt to launch and run start-ups.

This giving mindset has allowed carried over to his business philosophy. He supports higher wages for workers and his plant in Idaho pays workers twice the minimum wage. In general, he has discussed the importance of prioritizing people over profits.

Ulukaya lives in New Berlin, New York, which is nearby the Chobani South Edmeston factory and headquarters. In the late 1990s, he married doctor Ayse Giray but they later divorced. In 2012, she sued him for a 53% stake in his company, as she claimed her family had originally lent him half a million dollars with which to start the company. They later settled the dispute.

In 2015, Ulukaya had a son named Aga with Alida Boer, though the two did not marry, In January of 2018, he married Louise Vongerichten, the president of Food Dreams Foundation and of a sustainable children's clothing line called Mon Coeur. They had a son, Miran, together in April of 2018. In his free time, Ulukaya enjoys sailing and traveling, as well as spending time with his dogs. 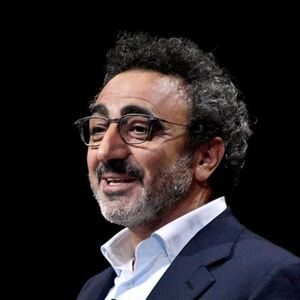