Hajime Satomi Net Worth: Hajime Satomi is a Japanese businessman who has a net worth of $1.1 billion. Hajime Satomi has generated his ample fortune as the founder of Sammy Corporation, an entertainment equipment manufacturer. Born on January 16, 1942 in Tokyo, Japan, he studied at the Aoyama Gakuin Univesity but he never graduated.

Satomi decided to drop out of college in November 1975 in order to establish his Sammy Corporation. Ever since the establishment of the company, he has seen a constant rise in his net worth, especially with the production of machines for pachislot and pachinko industry, one of Japan's most popular forms of gambling. It was in March 2001 that he successfully listed the company on the First Section of the Tokyo Stock Exchange. In 2004, Sammy acquired videogame maker Sega, which holds a global reputation for production of arcade and software games. The combined formation composed of Sammy Corporation and Sega Corporation makes $4.5 billion in sales and is now called Sega Sammy Holdings Inc. By 2005, the group has evolved and became one of the top 60 enterprises in Japan, when it comes to recurring income. Most recently, the group received a nod for building a $1.7 billion casino resort in South Korea. The project will be completed by 2017. 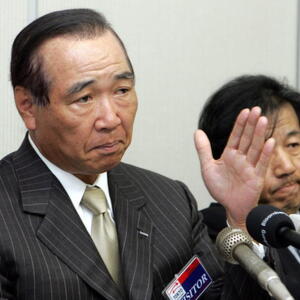