Haim Saban Net Worth: Haim Saban is an Egyptian-born Israeli-American television and media proprietor who has a net worth of $3.4 billion dollars. Haim Saban made his fortune in television and media, and is the founder of Saban Entertainment, a television production company. He also composed the theme songs for a number of children's television series including "Inspector Gadget" and "He-Man". He also produced Western adaptation of Japanese cartoons, including "Power Rangers" and "VR Troopers".

Born on 15 October 1944, in Alexandria, Kingdom of Egypt, he is widely known for his riches. He is the man who got his first fat win with children's TV show Mighty Morphin Power Rangers in the early 1990s. At the time, he was already settled in Los Angeles. Nowadays, he is the chair of the Spanish-language TV giant Univision, the fifth largest TV network in the US. 2005 saw Saban sell Fox Family Channel, a joint venture with News Corp., to Disney $5 billion. While in 2007, Saban and a group of private equity investors bought Univision for $13.7 billion, getting a stake that is now worth $600 million. The latest addition to his fortune is a controlling stake in publicly traded Israeli telecom firm Partner Communications, which he bought in January 2013. Together with his wife Cheryl, Saban has donated nearly $47 million to Children's Hospital Los Angeles, $11 million to the Saban Free Clinic (formerly the Los Angeles Free Clinic) and just over $15 million to the Soroka Medical Center in Israel. Just for the record, this self-made billionaire, who made the majority of his wealth in television and media, has never attended college. 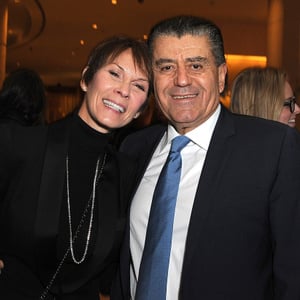