Gordon Getty Net Worth: Gordon Getty is an American businessman, investor, philanthropist and classical music composer who has a net worth of $2.1 billion. Having acquired the bulk of his fortune as venture capitalist in the U.S., Gordon Getty has also established himself as an avid philanthropist. Currently, he is the chairman of the board and president of Ann & Gordon Getty Foundation.

Born Gordon Peter Getty on December 20, 1933, in 1934, Getty studied at the San Francisco Conservatory of Music where he earned his Bachelor of Arts degree in music. The fourth child of oil tycoon J. Paul Getty, Gordon took over the control of his father's US$2 billion trust after his death in 1976. He even joined the oil business to please his father; he couldn't help but sell the Getty Oil to Texaco in 1986 acquiring US$10 billion. Apart from the above, he founded a company called ReFlow that deals with purchasing shares in mutual funds temporarily in order to save commissions and taxes. As a philanthropist, he has donated to numerous causes through his charitable trust Ann and Gordon Getty Foundation, to which he donated US$3 million in 2002. Among various professions, Getty is also a prominent classical music composer, whose compositions include the opera Plump Jack, Joan and the Bells, several piano pieces along with a collection of choral works. Thus, he and his wife, Ann Gilbert, have actively supported the fine arts. This well-heeled father of seven currently resides in San Francisco, California. 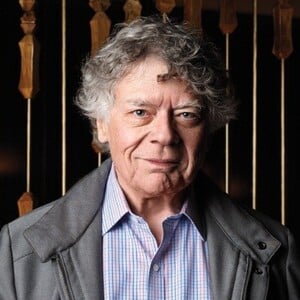