Glenn Stearns Net Worth: Glenn Stearns is an American business executive who has a net worth of $500 million. Contrary to what you might have heard, and the fact that Glenn stars on a reality show called "Undercover Billionaire", technically he is NOT a billionaire. Extraordinarily successful and wealthy but not quite officially in the three comma club.

Early Life: Glenn Stearns was born to alcoholic parents and thanks to dyslexia, failed the fourth grade. He fathered his first child at 14 then graduated at the bottom of his high school class. Determined to not meet the same fate as his parents and friends who were addicted to drugs and alcohol, Glenn, with the help of mentors, became the first person in his family to attend and graduate from college when he earned a degree from Towson University. After college he moved to California where he slept on the kitchen floor of a one-bedroom apartment he shared with five other guys. He waited tables to make ends meet before landing a job as a loan officer.

Success: When he was 25 years old he founded his own mortgage company, Stearns Lending. Within a decade the company was handling $1 billion per month in funding. Unlike many of its peers, Stearns managed to survive and thrive after the 2008 real estate crash and actually emerged as one of the top lenders in the United States. Between 2010 and 2019, Stearns funded $30 billion worth of loans which made it the #1 wholesale lender in the country in 2003 and one of the top 10 in the other years. He is the father of six and grandfather of two. Glenn and his wife Mindy Stearns are active philanthropists who donate to many causes. The couple appeared on The Oprah Winfrey Show in 2003 to discuss their journey and vision.

Is Glenn Stearns Bankrupt? Soon after publishing this article, a number of people sent feedback saying Glenn Stearns had filed for bankruptcy. That is false. In July 2019 Stearns Lending filed for Chapter 11 bankruptcy. That is very very different from Glenn personally filing. As we mentioned a moment ago, Glenn sold 70% of his company back in 2015 to private equity firm Blackstone. The company stated in its filing that it has $1.22 billion worth of assets and $1.16 billion in liabilities. Blackstone and Glenn came to an agreement that he would forfeit his remaining 29% stake in exchange for Blackstone injecting a large amount of capital to right the ship. The agreement also allowed Stearns Lending to not fire any of its 2700 employees.

"Undercover Billionaire": On August 6, 2019, Glenn made his debut on the Discovery Channel series "Undercover Billionaire". The show took place Glenn in Erie, Pennsylvania away from his private jet and yacht. The point of the show is to see if with just $100 in his pocket can he can build another multi-million dollar business from scratch in 90 days. He will not be able to use any of his former contacts or resources and will assume a new identity, "Glenn Bryant".

Personal Real Estate: In 2000 author Dean Koontz and his wife paid $9 million for an undeveloped lot in Newport Coast, California. Over the next few years they spent tens of millions of dollars building what became a stunning 30,000 square-foot mansion. The property, which spans 2.5-acres, is located on a hill within an exclusive gated community called Pelican Hill. In June 2020 Glenn Stears paid Koontz $50 million for the mansion in an off-market deal. It was the second most-expensive home sale in Orange County history as of this writing.

Outside of Orange County, Dean reportedly co-owns a ranch in Montana with John Elway and co-owns a private island in the Caribbean. He also owns commercial properties in Seattle and Maryland. 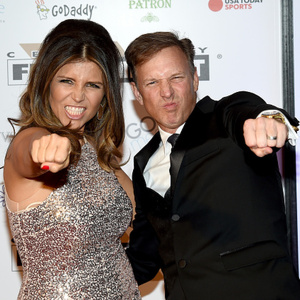