Glenn Dubin Net Worth: Glenn Dubin is an American businessman who has a net worth of $2.1 billion. Glenn Dubin earned his impressive fortune by serving as the co-founder, chairman and CEO of Highbridge Capital Management. Glenn Dubin was born on April 13, 1957 in Washington Heights, Manhattan, New York. He is the son of a Russian Jewish father and Austrian Jewish mother. He attended Stony Brook University where he earned a Bachelor's degree in economics. Upon his graduation in 1978, Glenn started to work at the stock brokerage firm E. F. Hutton & Co.. It was in 1984 that Dublin and his childhood friend Henry Swieca launched their own outfit, Dubin & Swieca, an early "fund of funds" business that operated within E.F. Hutton. They were pioneers in integrating derivative investment strategies and traditional securities. In 1992 Glenn and Henry founded Highbridge Capital Management with a startup capital of $35 million. They named the company after a 19th century aqueduct that connected the Bronx to Washington Heights, NY. Eventually Highbridge would grow to manage $30 billion in capital and assets at its peak. This NewYork-based firm that also holds offices in Tokyo, Hong Kong and London employs around 360 employees, 100 of which are investment professionals. In 2004, JP Morgan Asset Management purchased a majority of the company from Dubin and Swieca. In 2009, JP Morgan bought the remaining shares of the firm for a reported $1.3 billion. Glenn stayed on with the company as CEO and has generally produced positive results.

Outside of his professional life, Glenn Dubin has three children with his wife, Dr. Eva Andersson. Dr. Andersson-Dubin is a former Miss Sweden and was a 4th runner up at the 1990 Miss Universe competition. She is also a longtime friend and former girlfriend of disgraced financial manager Jeffrey Epstein. The Dubins own a substantial real estate portfolio that includes properties in Colorado, Sweden and Manhattan. 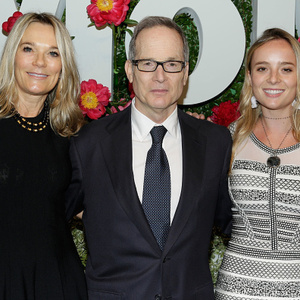