Gina Rinehart Net Worth: Gina Rinehart is an Australian mining heiress who has a net worth of $31 billion. She is probably best known for being the richest person in Australia and one of the richest people in the world. Gina currently serves as the Executive Chairwoman of Hancock Prospecting group, a company she inherited from her father.

Net Worth details: Gina Rinehart owns control of Hancock Prospecting, which is a holding vehicle for her family's businesses. The company has a 50 percent stake in the Hope Downs mine. Rinehart owns 70 percent of the Roy Hill iron ore project located in Pilbara, Western Australia. She owns 18 percent of Lakes Oil and 8 percent of Ten Network Holdings.

Early Life: Gina Rinehart was born on February 9, 1954 in Perth, Australia. She is the daughter of Lang Hancock and Hope Margaret Nicholas, an only child. Until she was four years old, Gina lived with her parents in Nunyerry, 37 miles north of Wittenoom. The family then moved to Mulga Downs in Pilbara. Rinehart later attended boarding school at St. Hilda's Anglican School for Girls in Perth. After studying economics briefly at the University of Sydney, she dropped out and began working for her father where she gained extensive knowledge of the Pilbara iron-ore industry. Rinehart would go on to rebuild the HPPL company to become one of the most successful private companies in Australian history. 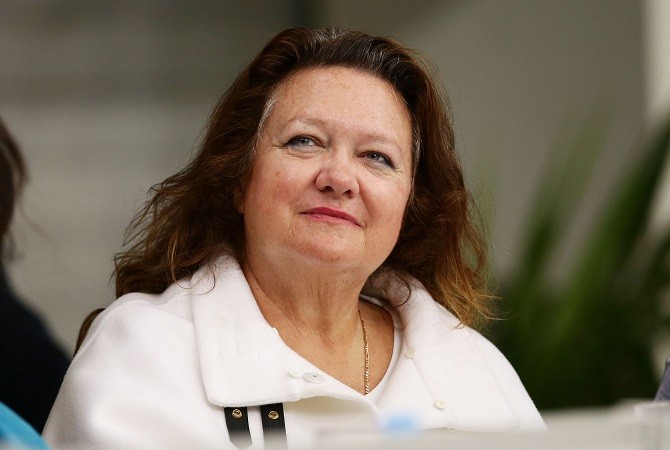 Career: Rinehart became the Executive Chairman of Hancock Prospecting Pty Limited (HPPL) and the HPPL Group of companies after the death of her father in March 1992. Five months after her father passed away, she applied for the Roy Hill Tenements. She acquired them in 1993 and focused on developing Roy Hill And Hancock Prospective undeveloped deposits, raising capital through joint venture partnerships, and turning the leases into revenue-producing mines. Hancock Prospecting now owns 50 percent of Hope Downs and shares 50 percent of the profits generated by the 4 Hope Downs Mine. In 1999, the Western Australian state government named a mountain range in honor of the family.

In 2010, Rinehart bought a stake in media organizations, becoming the largest shareholder in Fairfax Media and taking a significant share in Ten Network Holdings. In 2011, Rinehart was first crowned Australia's wealthiest person, a title she continues to hold. In 2012, it was reported that

Rinehart was the world's richest woman, having surpassed Christy Walton. However, by 2013 Rinehart was ranked as the fourth richest woman in the world, and by 2014, the sixth richest. In 2015, Rinehart was listed as the 37th most powerful woman in the world by Forbes, down slightly from 2013 and 2014 where she was ranked the 27th and 16th most powerful woman. Later in 2015, Rinehart acquired Fossil Downs Station after it was put on the market for the first time in 133 years. It is estimated to be worth around $25-30 million. In October 2015, she planned the opening of the huge Roy Hill mine just eight months after she secured $7.9 billion in funding. In October 2016, it was announced that Hancock Prospecting had struck a deal to invest in the UK-based mining company Sirius Minerals.

Known for her opposition to the Australian federal government over its proposals to tax the mining industry, her wealth has increased exponentially since 1992. The recent coal and iron ore-fueled mining boom has dramatically boosted her bottom line.

Personal Life: When Rinehart was 19, she met Englishman Greg Milton while they were both working in Wittenoom in 1973. Around this time, Milton changed his last name to an earlier family name–Hayward. They had a son, John Langley in 1976, and a daughter, Bianca Hope, the following year. The pair divorced in 1981.

In 1983, she remarried corporate lawyer and Arco exec Frank Rinehart in Las Vegas. Rinehart had received a scholarship to Harvard for his services in the US Army. He graduated with top honors from Harvard College and then Harvard Law School, all while holding down full-time and part-time jobs. The couple had two children, Hope and Ginia, born in 1986 and 1987 respectively. Sadly, their marriage ended in heartbreak when he died in 1990. Rinehart and Rose Porteous, Lang Hancock's estranged wife turned widow were involved in a legal fight from 1992 over Hancock's death and bankrupt estate. The ordeal took 14 years to settle. Since 2014, Rinehart has had a troubled relationship with her son John and her daughter Bianca and she did not attend either of their weddings.

She owns luxury homes in many Australian cities and drives a fleet of luxury cars and a private jet for air travel. She does a lot of charity but deliberately downplays her efforts. Rinehart is passionate about women's causes and reportedly paid for the construction of an orphanage in Cambodia. She also sponsors the education of deserving poor young girls and has worked hard to curb human trafficking. 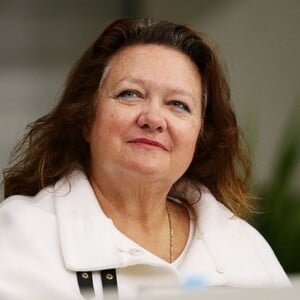