Gerard Wertheimer net worth: Gerard Wertheimer is a French businessman who has a net worth of $45 billion. He is best known for owning and operating The House of Chanel perfume company. As of this writing, Gerard is one of the 20 richest people in the world. His brother Alain is also worth $45 billion.

Gerard Wertheimer was born in Paris, France in April 1951. He is the co-owner of House of Chanel with his brother Alain Wertheimer. House of Chanel was co-founded by his grandfather Pierre Wertheimer. The company owns non-Chanel brands like Tanner Krolle, Holland & Holland, and more. Gerard and Alain Wertheimer also own French vineyards including Chateau Canon in Saint-Emilion and Chateau Rauzan-Segla in Margaux. The brothers are equestrians who inherited a thoroughbred horse racing stable called La Presle Farm. Gerard Wertheimer graduated from the University of Paris. House of Chanel was founded in 1909 by Coco Chanel. The brand's products include haute couture, perfume, jewelry, and accessories and posted a revenue of $11 billion in 2018 with more than 20,000 employees worldwide. 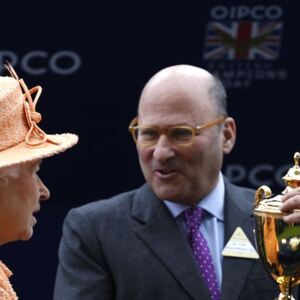