What is George Soros' net worth?

George Soros is a Hungarian-American businessman, philanthropist, stock investor, currency speculator, and social activist, who has a net worth of $9 billion. George earned his fortune as the founder of Soros Fund Management. Founded in 1970, the firm would go on to generate more than $30 billion in profits for investors over the decades. Today the firm is believed to manage around $45 billion in assets.

A Holocaust survivor, Soros funded many cultural initiatives in an effort to promote progressive ideas and human rights efforts throughout his impressive career.

George Soros was born in Budapest, Kingdom of Hungary, on August 12, 1930. While still a teenager, Soros was witness to unimaginable social atrocities while living through Nazi occupation from 1944-45. During this difficult period in history, being Jewish in Nazi occupied Europe was often a death sentence. Over just a short period, over 500,000 Hungarian Jews were murdered. Witnessing the terror of this era at such a young age undoubtedly made an impact on young George, who, as part of a Jewish family, was in danger of being captured and executed. In a fortunate turn for Soros and his family, they were able to escape an otherwise dark fate by securing false identity papers and disguising their backgrounds.  Perhaps the beginning of his philanthropic journey, Soros and his family assisted in helping to secure documents for many other Jewish families facing imminent doom.

"Instead of submitting to our fate, we resisted an evil force that was much stronger than we were—yet we prevailed. Not only did we survive, but we managed to help others."

When World War II ended, the Hungarian Communist party took political control. As a person who carried democratic ideals, in 1947 Soros left his home in Budapest and moved to London, England, where he worked as a waiter and railway porter while attending The London School of Economics. 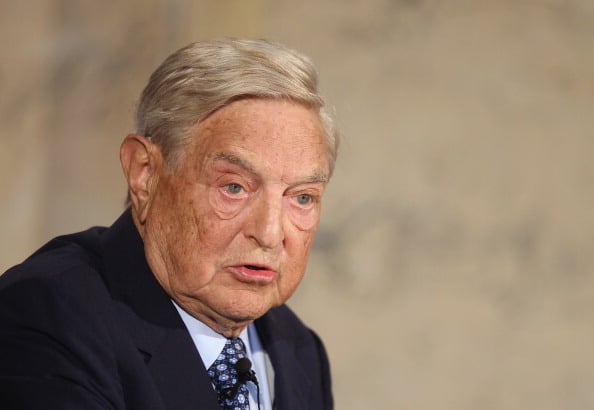 Soros eventually emigrated to the United States, where he began his journey in finance and investments, a career move that paved the way to his future as a world renowned financier.

He held jobs working with F. M. Mayer as an arbitrage trader, and with Wertheim & Co. as an analyst.

Some of the company's significant reported investments are in the transportation, energy, retail and financial industries.

The Bank of England

In 1992 Soros sold short $10 billion USD's worth of British pounds. As a result of the 19992 "Black Wednesday" UK currency crises, that short bet turned into a $1 billion profit for Soros, practically overnight. Soros would become known as "the man who broke the Bank of England".

Musing on his career gains, George Soros wrote, "My success in the financial markets has given me a greater degree of independence than most other people".  While "most other people" might use that independence to live a life of carefree luxury and boastful material lifestyles, George Soros, having overcome great odds and witnessing nightmarish social injustices, has shaped a legacy of generosity and goodwill.

In 1979, Soros used his great fortune to launch a philanthropic organization called The Open Society Foundations. The foundation is actually a network of foundations and partners in over 100 countries. His contributions are particularly heavy in promoting the ideals of democracy, individual rights and freedom of expression. Beginning with giving scholarships to black South Africans under apartheid, the Open Society Foundations funded many academic visits to the West and throughout the 1980's promoted the open exchange of ideas in Communist Hungary while supporting the initiatives of many cultural groups and movements.

Following the fall of the Berlin Wall, Soros created the Central European University in efforts to bring new ideas to a formerly limited way of thinking in that part of the world.  Later, Soros brought his philanthropic ventures to many more areas of the world including The United States, Africa, Latin America and Asia.  His efforts sought to promote democracy, social justice and accountability in societies.

A believer in individual liberties for all, Soros openly supported many social justice efforts throughout the 80's, 90's and 2000's.  Critical of the hypocrisy of the United States Government's famed  "War on Drugs", he stated that it was "arguably more harmful than the drug problem itself". Always an advocate for the underdog, Soros sought to include in his charitable giving those groups who often faced marginalization, such as drug users, sex workers and members of the LBGTQ community.  An open supporter of both same sex marriages and the medical marijuana movement, Soros helped to pave the way for social evolution through his organization's many contributions.

Since 1984, Soros has donated over $32 billion of his fortune to The Open Society Foundations, and has supported countless efforts to promote social freedoms, equality, justice and the accountability of government.

He personally donated $500 million to help the Syrian refugee crisis. 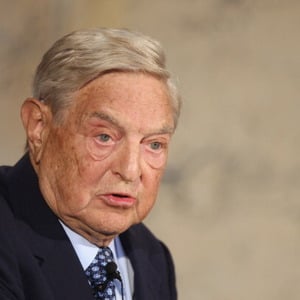