George Hearst Net Worth: George Hearst was an American businessman who had a net worth of $1.9 billion. George Hearst was the chairman of the board of the Hearst Corporation, a multinational mass media group located in the Hearst Tower in Midtown Manhattan, New York City. Born George Randolph Hearst Jr. on July 13, 1927 in San Francisco, California, he grew up as the grandson of media baron William Randolph Hearst, the man who introduced "yellow journalism".

George first came into riches after he filled in the shoes of his uncle, Randolph Apperson Hearst, as the chairman of the family-held Hearst Corporation in 1996. He has also served as director for over 40 years, contributing to the growth of the company that now includes newspapers, magazines, TV and radio stations, as well as stakes in cable networks ESPN, Lifetime, and A&E. Thanks to his high earnings, George Hearst was one of the richest people in the States at the time of his death on June 25, 2012. 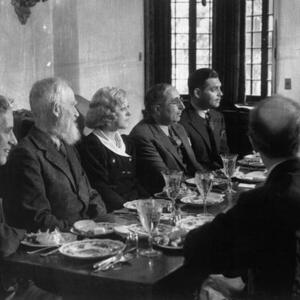