George Argyros Net Worth: George Argyros is an American real estate mogul who has a net worth of $2.3 billion. George Argyros was born George Leon Argyros in 1937 in Detroit, Michigan, he started his career path by running a grocery shop, and only later, Argyros turned to buying and selling properties.

Currently, he serves as the CEO and Chairman of Arnel & Affiliates, a real estate company that operates with around 2 million square feet area of commercial property and more than 5,500 apartments in Orange County, San Diego and Los Angeles. A graduate of Chapman University, Argyros is one of the founders of Westar Capital, a private equity firm, and a member of the Board at DST Systems, a software development company. Also having served as the Chairman of the Board of California Institute of Technology, he is now a board member at the Center for Strategic and International Studies in Washington, DC. Moreover, Argyros was a former U.S. Ambassador to Spain and Andorra under the reign of President George W. Bush, as well as a proud owner of the baseball team Seattle Mariners from 1981 to 1989. In addition, Argyros has served on many boards of trustees, and his Argyros Foundation has donated a bulk of money to various causes, including the Eisenhower Medical Center Foundation, Chapman University and the South Coast Repertory. Three years ago, he donated $5 million to the Gavin Herbert Eye Institute together with his wife, Julia. 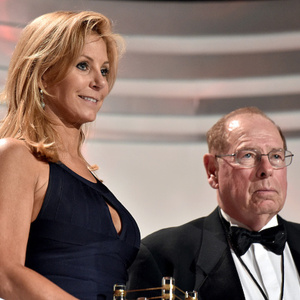