Georg von Opel Net Worth: Georg von Opel is a German businessman who has a net worth of $1.9 billion. The grandson of Adam Opel, the founder of the German automobile manufacturer Opel, now a subsidiary of the American General Motors Company, Georg von Opel rose to riches thanks to his abundant inheritance.

A graduate of the University of Rhode Islands in business administration, he inherited $150 million in 1989 after his father's death. First, he cautiously invested the money in Hansa AG, and a decade later, in 2009, he sold his stake of Swiss Jelmoli Holding to the real estate company called Swiss Prime Site for $230 million in cash and a 9% stake in the company. In addition to the above, Von Opel holds 96% of the private investment firm Athris, through which he owns stakes in a Swiss hotel chain, as well as a restaurant chain, a sports store and shopping centers across Russia and Algeria. A great philanthropist as he is, Georg von Opel provides care and education of underprivileged children and teens in developing countries through his Georg and Emily von Opel foundation. 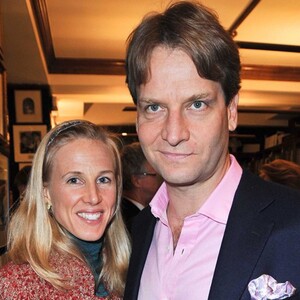