Gennady Timchenko net worth Gennady Timchenko is a businessman who has a net worth of $14 billion dollars which makes him one of the richest people in Russia. Born in Leninakan, Armenian Soviet Socialist Republic, Gennady Timchenko grew up in the Ukraine and in the German Democratic Republic. He graduated from the Leningrad Mechanical Institute, and began working as an engineer for a company near St.

Petersburg. He was subsequently moved to the trade department. In the late 80s, he became head of Kirshineftekhimexport, a state owned oil company. When the company went private, he became a major shareholder. He co-owns, or holds major stakes, in multiple companies, including the Gunvor Group – a major energy firm, Sibur Holding, – a petrochemical company of which he owns 37.5%, and Russian Sea Group – a fish retailer. The majority of his holdings are managed under the umbrella of his Volga Resources group. He also owns the engineering firm, Stroytransgaz, and the railway company, Transoil, which specializes in transporting oil products. 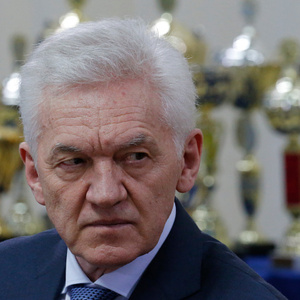