Gautam Singhania Net Worth: Gautam Singhania is an Indian businessman who has a net worth of $1.4 billion dollars. Gautam Singhania is the current Chairman and Managing Director of Raymond Group, one of the largest branded fabric and fashion retailers in India. Born on September 9, 1965 to industrial parents, Singhania was 21 when he took part of his family's JK Group.

At the time, he was already a graduate of the Cathedral school in Mumbai. He acquired the position of Managing Director in July of 1999, after which he became Chairman in September of 2000. Under his guidance, the company grew and changed its focus from production of steel and cement to men's apparel, fabric, toiletries and condoms. His extracurricular passion for automobiles, boats and planes has led him to form the first known Indian super car club. He also owns a nightclub in Bandra called Poison. With a current residence in Mumbai, he is now working on the construction of a skyscraper that is 10 stories taller than the residential complex Antilla. Singhania is currently married to Nawaz Modi Singhania and has one daughter named Niharika Singhania. Gautam Singhania's extremely fair complexion is because of a condition called vitiligo, which is the loss of pigmentation in the skin. 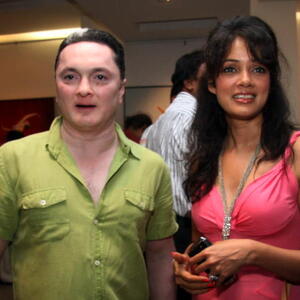