What is Gautam Adani's Net Worth?

Gautam Adani is an Indian entrepreneur who has a net worth of $108 billion. Gautam Adani is a billionaire industrialist and philanthropist from India, best known as the founder and chairman of the multinational conglomerate Adani Group. Additionally, he is the president of the non-profit Adani Foundation.

Gautam Adani was born on June 24, 1962 in Ahmedabad, Gujarat, India to Shantilal and Shanti. He has seven siblings. For his education, Adani went to Sheth Chimanlal Nagindas Vidyalaya in Ahmedabad. He subsequently attended Gujarat University as a commerce major, but dropped out following his second year.

In 1978, Adani moved to Mumbai to become a diamond sorter for Mahendra Brothers. A few years later, his brother Mansukhbhai invited him to manage operations at his newly purchased plastics unit in Ahmedabad. Through this venture, Adani began his career in global trading through PVC imports. In 1985, he started to import primary polymers for small-scale industries.

In 1988, Adani founded Adani Group as a commodity trading business in partnership with its flagship company, Adani Enterprises. A couple years later, the group established its own port in Mundra to have a base for its trading operations. Adani Group went on to be favorably impacted by Indian economic liberalization in 1991, and subsequently expanded its business into trading textiles, metals, and agricultural products. In 1999, Adani Group started coal trading, inaugurating a second phase for the organization based on the creation of large infrastructure assets such as ports, power plants, ships, and mines. In 2006, Adani Group entered the business of power generation. Overall, the group operates in 50 countries around the world, and has an annual revenue of more than $15 billion. 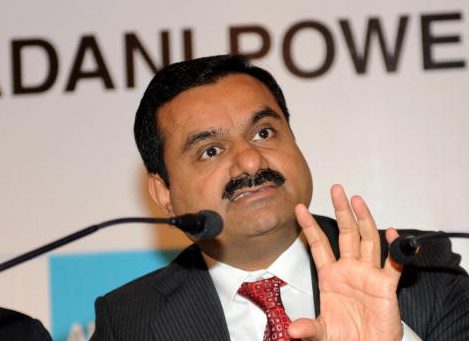 In addition to all its industrial operations, Adani Group has a number of sports initiatives. Among them are Garv Hai, a nationwide program created just before the 2016 Summer Olympics to promote and support athletes in India. Reintroduced in 2020 and 2022, the program focuses on the development of archery, boxing, wrestling, shooting, and athletics. During its first run, the program benefited such athletes as boxer Shiva Thapa, wrestler Deepak Punia, and shot-putter Inderjeet Singh.

Among Adani Group's other sports initiatives is the Surguja Football Academy in Chhattisgarh. The group also has naming rights of Adani Arena in Rockhampton, Australia and of the pavilion end of Narendra Modi Stadium in Ahmedabad.

Adani Group has been involved in a number of controversies over the years. In 2014, it was met with backlash from environmental activists when it launched a $21.5 billion, 86,000-acre mining and rail project in Queensland, Australia's Galilee Basin. Due to the outcry, some international banks refused to finance the operation; ultimately, however, it was approved by the Australian government.

In other controversies, Adani Enterprises managing director Rajesh Adani was arrested in 2010 on charges of tax evasion. Seven years later, Indian customs asserted that Adani Group was diverting millions of funds from its books to overseas Adani family tax havens, including an offshore company in Mauritius owned by one of Adani's brothers. Additionally, Adani was accused of using a shell company in Dubai to secretly divert the funds.

Through Adani Group, Adani founded the Adani Foundation in 1996. It was created to foster sustainable development and growth in India through a variety of developmental projects. The Foundation focuses on the areas of education, health care, sustainable living, and community infrastructure. It has established cost-free schools for underprivileged children in Ahmedabad, Surguja, and Bhadreshwar, and also funds such schools as Adani Vidyalayas and Navchetan Vidyalaya. In higher education, Adani Foundation established the Gujarat Adani Institute of Medical Sciences, the first public-private partnership between the Foundation and the Gujarat government.

Other initiatives launched by the Adani Foundation include Udaan, which provides educational trips for young students; SuPoshan, which aims to reduce malnutrition in teenage girls and pregnant women; and Saksham, which offers vocational training and skill cultivation to members of female-led organizations. In terms of its immediate philanthropic actions, the Adani Foundation donated $13 million to the PM CARES Fund in 2020 to combat the COVID-19 pandemic. It also made substantial donations to the Gujarat CM Relief Fund and the Maharashtra CM Relief Fund.

Adani is married to his wife Priti. He has had a fairly turbulent life, as he was kidnapped and held hostage in 1998 before being released. Later, during the 2008 terrorist attacks in Mumbai, Adani was in one of the besieged locations, the Taj Mahal Hotel. 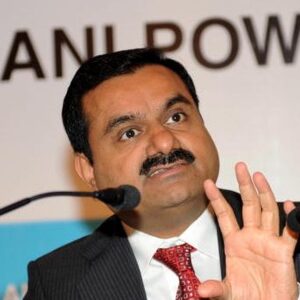