Gabriel Escarrer Net Worth: Gabriel Escarrer is a Spanish businessman who has a net worth of $1.7 billion. The founder and majority stakeholder of Meliá Hotels International, Escarrer was only 21 when he opened his first hotel, the Altair, in Palma de Majorca, more than 50 years ago. Ever since, he has built an empire that numbers 350 hotels and resorts spread across 35 countries.

With $1.85 billion in revenues, it is considered to be one of the largest hotel chains in Spain and the world. But this market leader in both resort and urban hotels has no intention to cease its growth. By 2015, it plans to open 500 more hotels, among them: two hotels in Zhengzhou, China and one in Jamaica. Currently based in Spain, Escarrer is a married man and father of six children. Two of his sons are already involved in the business. Gabriel Escarrer's devoted work earned him numerous awards, including the United Nations World Tourism Organization inaugural Lifetime Achievement. 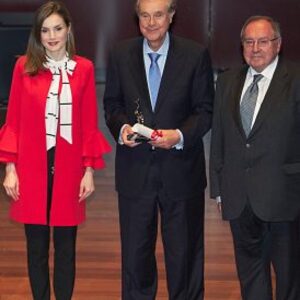