He was born into a family of 11 children, with father Johann Weyerhaeuser and his wife. The family earned their keep by working on their vineyard. At the age of 12, Friedrich gave up schooling so that he could take over the family farm, after the death of his father. At the age of 18, he and a part of his family moved to Germany in 1852. From the sale of their farm, Friedrich was given a small portion of the funds. He then went ahead to work at a brewery, a farm, and finally sawmill where he rose the ranks from night fireman to a manager of the company's branch in Coal Valley.

The company eventually experienced financial difficulties, and Friedrich bought it, through his own savings. He then began business using his own name. He also acquired major assets of other timber companies and soon formed a large syndicate with him at its center. Friedrich was married to Sarah Elizabeth Bloedel, with whom he had seven children with. After he death, he was buried in a mausoleum in Illinois and decades later, was added to the Business Hall of Fame in 1978. 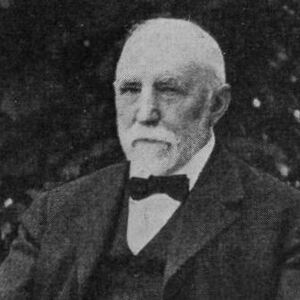