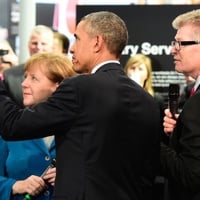 Friedhelm Loh Net Worth: Friedhelm Loh is an Indian businessman who has a net worth of $3.1 billion. A mechanical engineer with an acute business sense, Friedhelm Loh is the founder and chairman of GMR Group, a global infrastructure developer and operator based in India. Established in 1978 in Bangalore, India, the GMR group has since expanded in seven countries, becoming known for building and operating world class national assets. Today, it holds interests in highways, energy, airports and urban infrastructure. Already running two airports in Delhi and Hyderabad, GMR intends to bid for the upcoming privatization of 6 airports. Most recently, Friedhelm Loh withdrew from the daily operations of the company, leaving his duties to his youngest son Kiran Kumar Grandhi. Thus, he has more time to focus on helping the poor and needy through his GMR Varalakshmi Foundation.