Friede Springer Net Worth: Friede Springer is a German heiress who has a net worth of $3.7 billion. She joined the billionaires' ranks after she inherited the bulk of the media giant Axel Springer Verlag from her late husband, Axel Springer, who founded the company in 1946. She was the fifth wife of Axel, and she won his love after she was hired as a nanny to his two sons at the time.

Even though 30 years her senior, Axel married to Friede in 1978. She was engaged in the company shortly after becoming his wife and upon his death in 1985, she took over control of the juggernaut that now publishes newspapers in 44 countries. In Germany, the company's assets include the leading the German conservative daily, Die Welt, as well as the largest tabloid in the country, Bild Zeitung. While in the USA, Axel Springer Verlag publishes the foreign language editions of Forbes magazine in Poland and Russia. In 2012, the company's revenues increased 4% to $4.2 billion, of which a total of 35% stemmed from digital media. Holding 53.35% of the company, Friede Springer saw a jump in her net worth by $1.2 billion last year mainly thanks to dividends. Aside from being the key person behind the media giant since her husband's death, she is also active in various philanthropic organizations and has received numerous accolades for her efforts to re-establish German-Jewish relations. Furthermore, Springer holds the Federal Cross of Merit for her attempts to promote social, cultural and scientific dialogue on a global basis. In a political context, she is a member of Germany's conservative party, the Christian Democratic Union; she has become a personal friend of Chancellor Angela Merkel. 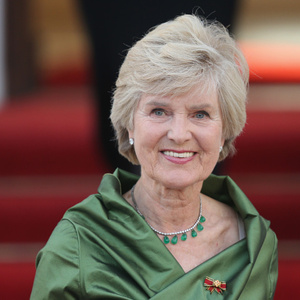