Frederik Paulsen Net Worth: Frederik Paulsen is a Swedish businessman who has a net worth of $5.2 billion. A newcomer to billionaires' circles, Frederik Paulsen inherited a small drug-maker from his father who set up the business some sixty years ago. At the time Frederik took over the control of the company in 1983, it generated $15 million in revenue annually.

Under his helm, the biotech company that deals with production of infertility, obstetrics, urology, gastroenterology and endocrinology products, has been now making sales of $1.7 billion. Aside from making the company grow, he has been actively donating to philanthropic projects all around the world ever since 1998. He gave $10 million to support the elimination of rats on the island South Georgia, Falklands. Frederik Paulsen is also building fertility clinics in Russia, one in every two years, to stop the drastic population decline in the country. Furthermore, he granted over $3 million and a big collection of tapestries to the kingdom of Bhutan, all in an attempt to bolster its new Royal Textile Academy. A great adventurist, he treats himself with three to four extreme trips every year. Frederik Paulsen is the first person to have crossed the Bering Strait from Alaska to Russia in a super-light aircraft, a little bit bigger than a lawn chair attached to a kite and propeller. 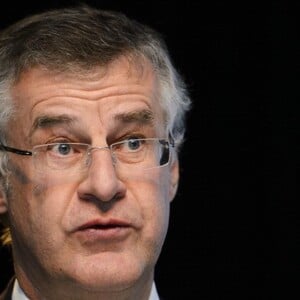