Frank Stronach Net Worth: Frank Stronach is an Austrian and Canadian businessman and politician who has a net worth of $1.2 billion. Frank Stronach is the founder of automotive parts maker Magna International, real estate operator Granite Real Estate, as well as gambling and horse racing company Stronach Group.

Even though Magna is one of the largest automotive part suppliers in the world today with nearly $30 billion in sales, he decided to divest himself from almost all equity in the company in order to turn his professional career to European politics. It was in 2011 that the Austrian-born Stronach revealed his plans to enter politics and the same year he formed the Stronach Institute that lead a campaign for classical liberalism and against the Euro. In 2012, he set up the political party Team Stronach for Austria, which has gained attraction in the country and has been holding five seats in parliament as of November 2012. Horse racing being one of Stronach's greatest passions; he owns several racetracks via his Stronach Group and he is a successful horse breeder as well. 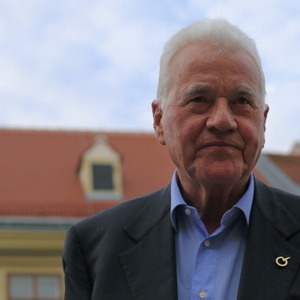