Frank McCourt net worth: Frank McCourt is an American businessman and former sports team owner who has a net worth of $1.2 billion. Frank McCourt is probably most famous for being the former owner of the Los Angeles Dodgers. Ownership of the Dodgers actually launched a bitter battle between Frank and his ex-wife Jamie. The couple, who met as students at Georgetown University in the 1970s, spent thirty years building a real estate and sports empire. She began as a high-powered international and securities lawyer, he got his start developing commercial real estate in Boston. The McCourt duo eventually combined efforts and built a powerhouse real estate conglomerate. Bored with their success, in 2004 the McCourts moved to California with their four sons and bought the Los Angeles Dodgers for $430 million. Jamie became the CEO of the team and Frank got the official "Owner" title. The investment has been pretty successful: the team reached the divisional playoffs in 3 of the last 6 years, and they went to the National League Championship Series in 2008. Attendance has been on the rise despite a steady increase in ticket and concessions prices.

We don't know when things started to get ugly. We do know that the pair agreed to keep their split a secret until after the end of the 2009 season. Mean old Frank didn't quite have his wife's stamina: he fired his wife as CEO just one day before the Dodgers were knocked out of the playoffs. Things spun out of control very quickly in Los Angeles, thanks in part to the lack of a pre-nup. Frank alleged that Jamie never owned the Dodgers. Jamie, the securities lawyer, disagreed and demanded her job back. Frank claimed that she cheated on him with a Dodgers employee and charged the franchise for romantic getaways to Israel and France. Jamie wanted spousal support of $487,634 per MONTH. In addition to in this tidy monthly stipend, Mrs. M. demanded free tickets to all NL games, access to team doctors, free autographs upon request, unlimited travel expenses and flowers in her office. In addition to the Dodgers (estimated value $800 million), the couple fought over two homes in the Holmby Hills area of L.A., two beachfront homes in Malibu, an estate on Cape Cod, a home in Massachusetts, a condo in Vail, property at the ritzy Yellowstone Club in Montana and property in Cabo San Lucas, Mexico. 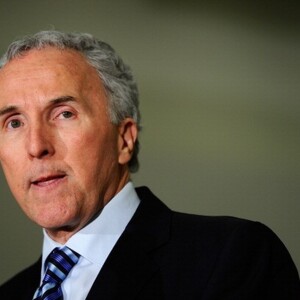