Frank Lowy net worth: Frank Lowy is an Australian-Israeli businessman who has a net worth of $5.5 billion. Frank Lowy is known for being a co-founder of the Westfield Group, an Australian operator of more than 100 shopping centers in Australia, New Zealand, the United States and Great Britain. Back in 1952, Lowy decided to leave Israel, joining his family who left Europe for Australia.

There he met his future partner fellow Hungarian immigrant John Saunders, with whom he created Westfield Development Corporation. In the next 30 years, Lowy and Saunders managed to develop shopping centers throughout Australia and the United States, changing the name of the company to the Westfield Group and listing it on the Australian Stock Exchange in 1960. Saunders left the partnership in 1987, selling his shares. Meanwhile Lowy spread the company to New Zealand (in the 1990s) and the United Kingdom (in the 2000s). He left his position as Executive Chairman of the company when he turned 80 (in October 2010), taking on the role of Non-Executive Chairman and making his sons, Steven and Peter, joint Chief Executives. Thanks to his growing wealth, Lowy has been listed on the BRW Rich 200 every year, ever since its first release in 1983. In 2010, he was named Australia's richest person after Lowy's wealth was estimated at A$5.04 billion by the Business Review Weekly. 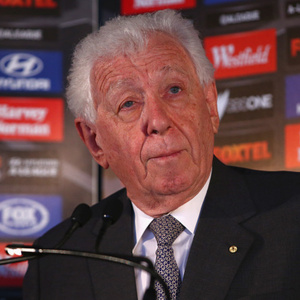