Francis Choi Net Worth: Francis Choi is Chinese real estate businessman who has a net worth of $3.3 billion. Francis Choi is best known as the founding Chairman of Early Light International (Holdings) Ltd., the world's largest toy manufacturer. Thus, he even earned the tag "King of Toys". However, Francis Choi has acquired most of his fortune from well-timed real estate investments such as Kowloon City Plaza and Auto Plaza in Hong Kong. This self-made billionaire made his beginnings as a toy salesman in his native Guangdong Province. By the time he turned 25, he was able to start his first toy factory in 1972. Five years later, the factory already numbered more than 300 employees. Apart from toys, Choi is also an avid collector of watches. Actually, Francis Choi owns a chain of watch retailers. As for his private life, he is currently married with three children. 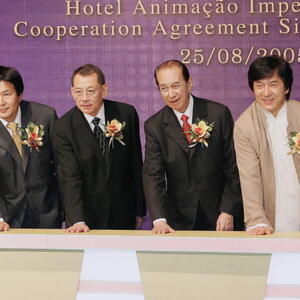