Forrest Mars, Jr net worth: Forrest Mars, Jr. is the eldest son of Forrest Mars Sr. and grandson of Frank C. Mars, founders of the American candy company Mars, Incorporated, who has a net worth of $23.4 billion. Forrest Mars net worth is due in part to his share of the Company, and other assets he owns. Born in born in Oak Park, Illinois, according to Forbes Magazine, Mars is 52nd richest person in the world, the 19th richest American, and the richest Virginian.

His net worth was accumulated through Mars' famous family and the candy and snack food company it owns, which is responsible for some of the most famous candy brands in America. Just some of the candies that fall under the Mars, Inc. umbrella are M&Ms, Snickers, Milky Way, Three Musketeers, Skittles, and Starburst candies. Mars has also made headlines for his political efforts to block coal and natural gas companies from mining on his ranch, despite their legal rights to do so. Mars has blocked these companies despite their holding the leases on what many consider to be the "most productive coal and natural gas fields in the nation." Mars' concern is allegedly the amount of water required for these kinds of exploratory endeavors, which is water he says must be used to maintain the ranch. According to a 2010 issue of Forbes magazine, Forrest Mars, Jr. is the 52nd richest person in the entire world, which makes him not only the 26th richest American, but the single richest Virginian in the entire state of Virginia. 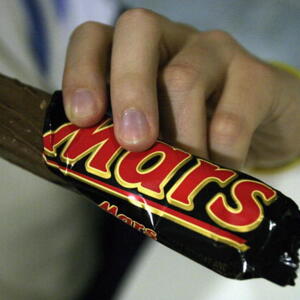