Florentino Perez Net Worth: Florentino Perez is a Spanish businessman who has a net worth of $1.4 billion. A civil engineer, he has led Spain's largest construction company, Actividades de Construccion y Servicios (ACS), since 1993. However, he is probably best known for being the current president of the cocker club Real Madrid Football Club, once the team of stars like David Beckham and Zinédine Zidane.

Florentino Perez was the one to run the club from 2000 to 2006, and three years later he got re-elected president. Nowadays, Real Madrid is a leader among world's soccer clubs in terms of revenues with estimated $690.6 million for the 2011-2012 season. Whereas his engagement in soccer is more fun than running his construction business, ACS (where he has a 12.5% stake) saw a $1.4 billion loss in the first nine months of 2012. Among the main culprits for that situation are Spain's financial crisis and the burst of its housing bubble as well as ACS's 2011 acquisition of German construction firm Hochtief, which obviously made the situation worse. To clear the debt, the company sold a 3.69% stake in Iberdrola and 2,800 kilometers of power lines in Brazil, as well as it announced it would cancel the February 2013 dividend. Throughout 2013, ACS continued to sell 6.4 million treasury shares to further reduce debt. 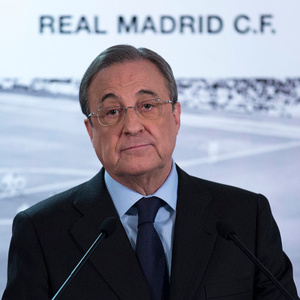