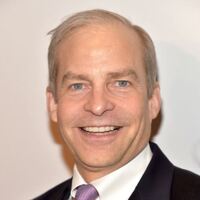 H. Fisk Johnson net worth: H. Fisk Johnson is an American businessman who has a net worth of $3.8 billion dollars. Based in Racine, Wisconsin, H. Fisk Johnson earned multiple degrees from Cornell University, including a Bachelor's in Chemistry and Physics in the late 70s, a Master's in Engineering, a Master's of Science in Physics, an MBA in Marketing and Finance, and finally, a PhD in Physics. After completing his studies, he began working for his family's company, SC Johnson and Co. In 2000, he became Chairman, and then Chairman of the Board. He was promoted to CEO in 2004. The company has been in his family for five generations, and he is currently the public face of the corporation. His sister, Helen, runs Johnson Outdoors and Johnson Financial. The family is known for donating significant sums to a variety of environmental and social organizations, including the Smithsonian and the Mayo Clinic.