Piech was educated as an engineer and helped influence the development of models including the Porsche 911, the Audi Quattro, and the Bugatti Veyron. He was named the Car Executive of the Century in 1991. Ferdinand Piech was inducted into the Automotive Hall of Fame in 2014. Ferdinand Piech died on August 25, 2019 at the age of 82. During his life Ferdinand fathered 12 children by four women. Today the Porsche and Pieche families control 53% of Volkswagen. At the time of his death, Ferdinand's primary source of major wealth was his own personal 10% ownership stake in Porsche. Just a few months before his death, in March 2019, it was revealed that Ferdinand was the buyer of an $18.9 million Bugatti called "La Voiture Noire". The purchase price set the record for most expensive new-car of all time. 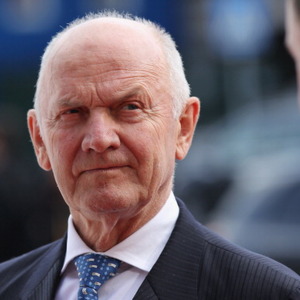