Fahd Hariri net worth: Fahd Hariri is a Lebanese billionaire who has a net worth of $1.4 billion. Fahd Hariri is the youngest son of assassinated Lebanese Prime Minister Rafik Hariri. He reportedly hasn't set a foot in Beirut since his father's murder in 2005. However, he still develops residential buildings in there, in respect of his father's love and dedication to real estate development. While still a student at the Ecole Spéciale d'Architecture de Paris, he ran an interior design studio on the city's outskirts and sold furniture to clients in Saudi Arabia. Ever since his graduation in 2004, he has grown his wealth and he is one of the wealthiest people in Lebanon as of March 2013, along with his elder brother Ayman Hariri. His other brothers Bahaa and Saad, as well as his sister Hind and mother Nazek, are all also billionaires. 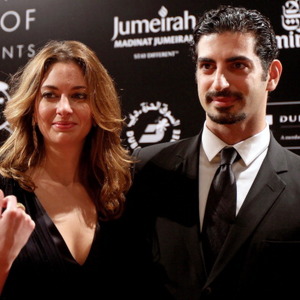