Eyal Ofer net worth: Eyal Ofer is an Israeli businessman who has a net worth of $7 billion. Eyal Ofer and his younger brother Idan inherited a vast fortune from their shipping magnate father Sammy Ofer. After his father died in June 2011, Eyal took the lead of Zodiac Maritime Agencies, a privately-held, London-based corporation with a diversified fleet of more than 150 shipping vessels.

Ever since, he has served as the Maritime's chairman and also acquired shares in Royal Caribbean Cruise Lines and Mizrahi Tefahot bank. What's more, through Global Holdings, he owns an incredible set of real estate such as the Altria Building and 15 Central Park West in New York. As for Global Holdings, it is currently redeveloping the historic St. Vincent's Hospital, in Greenwich Village (with architect Robert A. M. Stern), as well as 50 United Nations Plaza (with architect Norman Foster). In addition to the above, Eyal Ofer owns controlling shares in Miller Global, a company which, among other things, possesses the 1,002-room JW Marriott San Antonio Hill Country Resort and Spa as well as the Nickelodeon Suites Resort in Orlando. The two siblings are not only sharing their father's shipping empire, but also his immense art collection. As of March 2013, the businessman, husband and father of four children, Eyal Ofer, is the 2nd richest man in Israel. 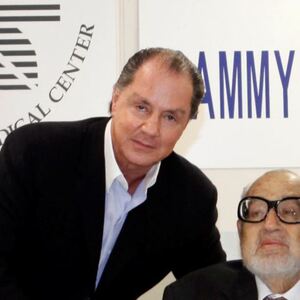