Emilio Botin Net Worth: Emilio Botin is a Spanish banker who has a net worth of $1.1 billion. A fourth-generation Banker, Emilio Botin is the Executive Chairman of Spain's Grupo Santander and a head of Banco Santander since 1986. The bank made $7.1 billion in net profits in 2011, which is a 34.6% drop over the prior year due to a fall in the Spanish economy.

It was back in 1993 that his bank absorbed Banco Español de Crédito (Banesto), and then merged with Banco Central Hispano in 1999. After the merge, Banco Santander Central Hispano (BSCH) became Spain's largest bank. Today, Banco Santander has more than 13,000 branches worldwide, and it's also present in the U.S. and in the UK. Mr. Santander is said to have written down $2.4 billion in Spanish real estate, and additional $792 million in Portuguese goodwill. Botin's daughter, Ana Botin, is an heir apparent and she runs Banesto, the bank's retail branch. 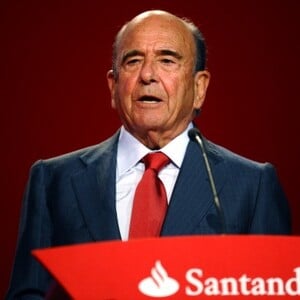