Elisabeth Mohn and Family: Elisabeth Mohn is a German billionaire who shares a net worth of $4.1 billion with her family. Elisabeth (Liz) Mohn and her children possess 19% of the German multinational mass media corporation called Bertelsmann. She inherited a portion of the family-owned business as the widow of Reinhard Mohn (d. 2009), who belonged to the fifth family generation in Bertelsmann.

Some of the biggest assets owned by the company include European broadcaster RTL Group; the world's largest book-publishing group, Random House; as well as Europe's biggest magazine publisher, Gruner + Jahr. Speaking of the Bertelsmann's operating profit (EBIT) last year, it increased by 5.2% to $1.04 billion, while revenues dropped slightly to $10 billion. In the first half of 2013, Bertelsman even decided to opt for aggressive cost cutting, in order to boost its profitability in the constantly challenging market environment at the time. As for Elisabeth Mohn's role in the company, she sits on Bertelsman's supervisory board and on the board of the Bertelsmann Foundation. The foundation, which works on education and fostering mutual understanding and dialogue between different nations and cultures, owns 81% of the company. Two of Liz and Reinhard Mohn's three children, Brigitte and Christof, serve on the company's supervisory board. 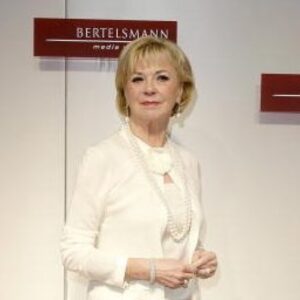