Elaine Wynn net worth and salary: Elaine Wynn is an American businesswoman and has a net worth of $2 billion dollars which makes her one of the richest people in Nevada. She has been married and divorced twice from now ex-husband, businessman Steve Wynn. She graduated from George Washington University. She served as the Director of Wynn Resorts, Limited, the real estate development firm founded by her husband. Many insiders point to Wynn as the company most responsible for the revitalization of Las Vegas. Wynn Resorts constructed or rehabilitated such Las Vegas hotspots as the Golden Nugget, The Mirage, Treasure Island, Bellagio, Wynn, and Encore. She currently lives in Las Vegas, Nevada and has two children. In addition to managing her assets, she also sits on the board of the Basketball Hall of Fame.

Divorce From Steve Wynn: Elaine received eleven million shares of Wynn Resorts, Limited when the couple divorced in 2010. It was actually their SECOND time divorcing. Her 11 million shares were equal to roughly 10% of the company. Steve kept another 11 million shares. Part of the settlement required that Elaine agree to not ever sell her shares so that Steve would not have to worry about such a large stake being bought up by a rival. For income, Elaine would live off the companies annual 3% dividend which typically resulted in a $60 million annual payment. According to rumor, in 2014 Elaine asked Steve for permission to sell a large chunk of her shares in order to put forth a bid to buy the LA Clippers which had been up for sale in the wake of Donald Sterling's controversies. Steve reportedly denied her request. Furious, Elaine proceeded to sue Wynn resorts claiming that the company spent decades covering up Steve's sexual harassment allegations. She was ultimately successful and Wynn was ousted from his own company and forced to sell his entire stake. That left Elaine as the company's largest individual shareholder. A position she still controls today. 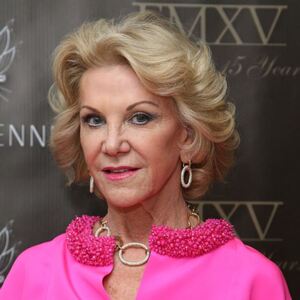