What is Eike Batista's Net Worth?

Eike Batista is a Brazilian-German entrepreneur who made a fortune in the oil and gas and mining industries, becoming one of the ten richest people in the world in 2011. As of this writing Eike Batista has a net worth of -$1.2 billion.

The chairman of the conglomerate EBX Group, he spearheaded large-scale infrastructure projects in Brazil that ultimately bankrupted his companies. In 2018, Batista was sentenced to 30 years in prison for bribing Rio de Janeiro governor Sérgio Cabral with the purpose of obtaining public contracts.

Eike Batista was born on November 3, 1956 in Governador Valadares, Brazil, the second of seven children of Brazilian businessman Eliezer and German-born mother Jutta. When Batista was a teenager, he and the family moved to Europe, living in places including Geneva, Switzerland, Düsseldorf, Germany, and Brussels, Belgium. Batista went on to attend the University of Aachen in Germany, where he studied metallurgical engineering. To make a living, he worked as a door-to-door insurance policy salesman.

Returning to Brazil in the early 80s, Batista turned his attention to the gold and diamond trades. As a salesman, he contacted producers in the Amazon area, as well as buyers in large cities throughout Brazil and Europe. At the age of 23, Batista started his own gold trading firm called Autram Aurem; within just over a year, the company had made $6 million.

Later, at the age of 29, he became the CEO of the Montreal-based company TVX Gold, which established his relationship with global capital markets.

Following his implementation of the Amazon's first mechanized alluvial gold mining plant, Batista founded the EBX Group in 1984. Focused on infrastructure and natural resources, the Rio de Janeiro-based conglomerate consists of companies such as OGX, which specializes in oil; MMX, which is involved in mining; and OSX, which handles offshore industry.

Between 1980 and 2000, Batista raised $20 billion in value through the operation of gold and silver mines in Brazil, Canada, and Chile. The EBX Group is also responsible for implementing Brazil's first commercial-scale solar power plant, in Tauá. In March of 2011, the group acquired stock control of the Canadian mining firm Ventana Gold, which owns mineral rights in Colombia's historic, gold-rich California-Vetas mining region.

In addition to its work in the infrastructure and natural resources sectors, the EBX Group invests in areas such as entertainment, technology, real estate, and air and rail catering. Its real estate company, REX, focuses on urban development and income-generating assets, and has a portfolio that includes Hotel Glória, MD.X Medical Center, and R3X Leblon Business Center. Overall, EBX Group supports over 170 social and environmental initiatives across Brazil, including historical and cultural preservation. 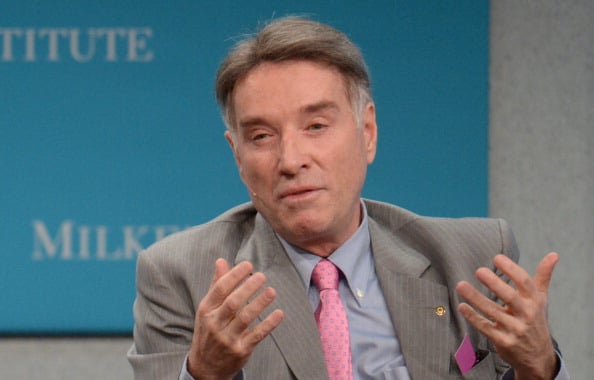 Batista was once the seventh wealthiest person in the world, with a net worth of around $35 billion in early 2012. He often boasted that he would overtake Mexican business magnate Carlos Slim to become the richest man in the world by 2015. However, within a little over a year of his net worth reaching its peak, Batista's wealth plummeted to $200 million. This was due in large part to the numerous debts he accumulated from working on large-scale projects, and to the falling stock prices of the EBX Group. His losses were also caused by a downturn in the precious metal mining industry, in addition to the massive collapse of his OGX company, which was only delivering 15,000 barrels a day when it claimed to be pumping 750,000. Between March of 2012 and January of 2014, Batista's wealth decreased by more than 100% to a negative net worth. In early 2015, Brazilian authorities seized cash and seven cars from Batista.

Since his historic losses, Batista has written about his fall from the billionaire ranks. He has stated that he regrets launching his companies in the stock markets, and that he should have used a private equity model to finance his ventures.

In early 2017, Batista was one of nine individuals issued a detention by Brazilian authorities as part of Operation Car Wash, a high-profile money laundering investigation. Upon his return from New York, he was detained in a maximum security prison in the Rio de Janeiro neighborhood of Bangu, and was shortly after charged with making $16.5 million in bribes to Sérgio Cabral, the disgraced former governor of Rio de Janeiro. In July of 2018, Batista was convicted of bribing the governor in order to secure state government contracts. He was ultimately sentenced to 30 years in prison.

In 1991, Batista wed model and actress Luma de Oliveira, with whom he had two sons, Olin and Thor. The couple divorced in 2004. Subsequently, Batista became romantically involved with lawyer Flávia Sampaio; together, they had a son named Balder.

An enthusiast of running, swimming, and marine sports, Batista competed in offshore powerboat racing in the 1990s. In the Super class, he was the Brazilian, US, and World Champion. Later, in 2006, Batista traveled the 220-nautical mile course between Santos and Rio de Janeiro in a record time of three hours, one minute, and forty-seven seconds. 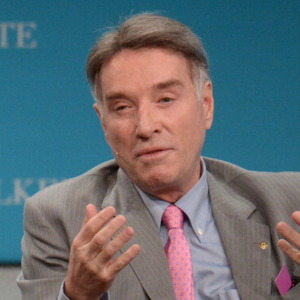