Edward Roski, Jr. Net Worth: Edward Roski, Jr. is an American real estate developer who has a net worth of $5.8 billion. Born in 1938 in Oklahoma, Edward Roski, Jr. is the owner, President and Chairman of the Board of Majestic Realty Co., which is the largest private holder of industrial estate in the United States. Founded by his father in 1948, the company has since acquired more than 80 million square feet of development in a diversified real estate portfolio. Mostly owning industrial buildings in Southern California, the company's properties extend from Los Angeles to Atlanta. An alumnus of the University of Southern California, Edward and his wife, Gayle Garner Roski, pledged $23 million to his alma mater's fine arts school in 2006. He also previously served as chairman of the USC board of trustees. He was succeeded as chairman by fellow Southern California real estate mogul Rick Caruso.

In his spare time, he loves to go cycling or mountain climbing. To date, he has climbed to two notable base camps at Mt. Everest, K2 and Mt. Kilimanjaro. Also a father of three, Edward Roski, Jr. currently resides in Los Angeles, California. Ed Roski is partial owner of the Los Angels Kings NHL team, Los Angeles Lakers NBA team and he owns outright the 300-room Silverton Las Vegas hotel. 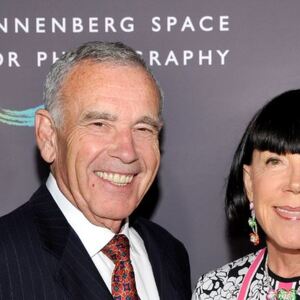