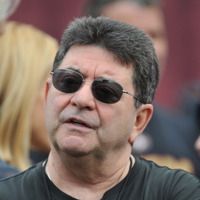 What is Eddie DeBartolo's net worth?

Eddie DeBartolo is an American businessman who has a net worth of $3.3 billion. Eddie DeBartolo is best known as the former owner of the NFL's San Francisco 49ers. He purchased the team in 1977. During his 23-year tenure as owner of the team from 1977 to 2000, the 49ers won five Super Bowl titles, a record for a single owner. In 2000, he transferred ownership of the 49ers to his sister in exchange for more shares of the Simon Property Group. He now owns a portion of Famous Famiglia, a popular chain of pizza restaurants, and also runs DeBartolo Sports and Entertainment, a chain of sports clubs.

He inherited DeBartolo Realty Corporation from his father, and merged it with Simon Property Group in the late 90s. The merger created one of the largest real estate conglomerates in US history.

DeBartolo was involved in the 1998 corruption case of former Louisiana governor Edwin Edwards, and pleaded guilty to failing to report a felony.

Edward J. DeBartolo Jr. was born on November 6, 1946 in Youngstown, Ohio. His parents were Marie Montani and Edward J. DeBartolo Sr., a famed real estate developer. He has a younger sister named Denise who went on to become a billionaire businesswoman. As a teenager, DeBartolo Jr. went to high school at Cardinal Mooney. For his higher education, he attended the University of Notre Dame in Indiana.

Eddie DeBartolo began his career working to develop shopping malls through his father's Edward J. DeBartolo Corporation. The company eventually grew into one of the biggest public real estate businesses in the country, at its peak controlling more than two billion square feet of retail space across the United States.

In 1977, DeBartolo Sr. purchased the NFL's San Francisco 49ers. He subsequently gave ownership of the team to his son, who poured substantial resources into its management. The 49ers went on to become the most successful franchise in the NFL in the 80s. Under coaches George Seifert and Bill Walsh, the team claimed Super Bowl victories in 1982, 1985, and 1989. The success continued into the 90s, with two further Super Bowl wins in 1990 and 1995. With these five wins, DeBartolo Jr. became the NFL owner with the most Super Bowl victories in history. Moreover, during his ownership, the 49ers racked up the most wins within a decade of any NFL team. Eddie DeBartolo. was later inducted into the 49ers Hall of Fame in 2009. 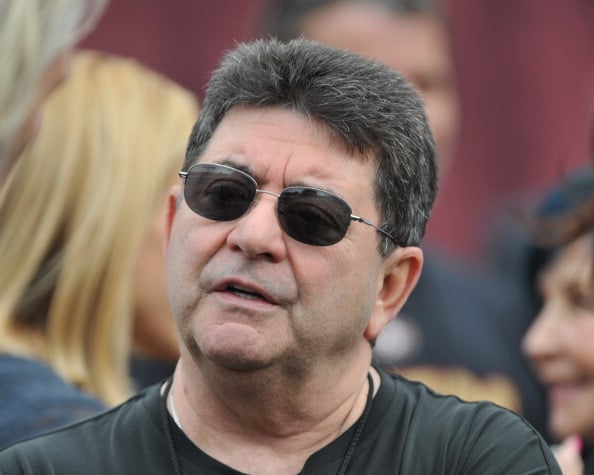 Eddie DeBartolo has gotten himself into various legal troubles over the years. In 1992, as a married man, he was accused of sexual assault by a cocktail waitress he brought back to his condo in Menlo Park, California. Eddie denied the allegation, and reportedly paid the woman $200,000 in an out-of-court settlement.

Eddie found himself in deeper trouble in 1998 when he was involved in the corruption case against former Louisiana governor Edwin Edwards, who was charged with extortion, among other crimes. Allegedly, Edwards had demanded $400,000 from DeBartolo Jr. in exchange for a riverboat casino license; although DeBartolo Jr. received the license, he withdrew from the project following his subpoena during the bribery investigation of Edwards. Ultimately, he pleaded guilty to failing to report a felony. As a consequence, and in return for his testimony, DeBartolo Jr. was issued a $1 million fine and two years of probation. Additionally, he was fined by the NFL and barred from active control of the 49ers for one year. In 2000, after the year was up, DeBartolo Jr. decided to hand control of the team over to his sister.

In 1968, Eddie DeBartolo married his wife Candy. Together, they have three daughters named Lisa, Nicole, and Tiffanie. The lattermost child is a novelist and filmmaker who directed the 1996 romantic comedy "Dream for an Insomniac," starring Jennifer Aniston and Ione Skye. She also co-founded the independent record label Bright Antenna and the organization the ShineMaker Foundation.