Edward Bass Net Worth: Edward Bass is an American entrepreneur who has a net worth of $2.3 billion. Born Edward Perry "Ed" Bass on September 10, 1945, in Forth Worth, Texas, Ed Bass, the second-oldest of four sons, started to earn his wealth by helping the oil business of his father Perry and his bachelor uncle, Sid W.

Richardson. After the death of his uncle, each of the Bass brother inherited $2.8 million. Holding a BA in administrative science from Yale University in 1967, Bass and his friend John P. Allan established the Biosphere 2 project in 1984, which was an artificial 2,500 acres-big closed ecological system in Arizona that he later gave to Columbia University. Moreover, Bass serves as the Chairman of Fine Line, an investment company, and he is also a President of the board of the Sid W. Richardson Foundation, a philanthropic organization. Also, Bass is a long-time backer of the redevelopment of downtown Forth Worth and its Sundance Square, where the $65 million-worth Bass Performance Hall is placed. Being a great environmentalist, this Renaissance man has financed numerous projects focused on environmental conservation, and he also supports many ecological organizations, including the New York Botanical Garden, the World Wildlife Fund, the National Environmental Education and Training Foundation, the Botanical Research Institute of Texas and many more. In addition to his environmental causes, he owns few ranches in Texas and Kansas, where he manages to seed them with native grasses. 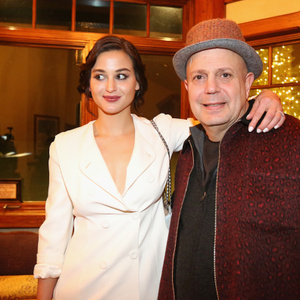